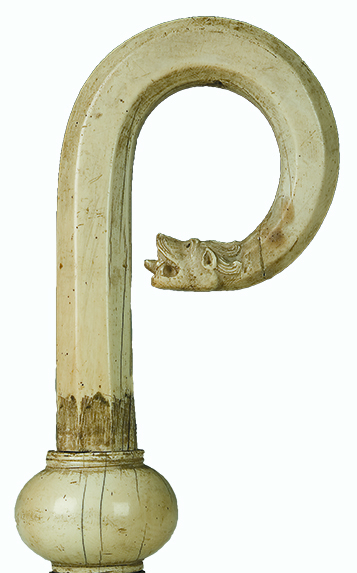 End of the 12th century - beginning of the 13th century

The shape of this ivory piece is simple but its decoration is very refined. It is the upper part of a shepherd's crook, showing a dragon's head carved in an ancient style. It's thought that it dates back to between the end of the twelfth and the beginning of the thirteenth century. Its iconography has specifically led to the suggestion that it was made in a Sicilian workshop, but it has also been proposed that it was made by artisans from the Pisa – Lucca area.