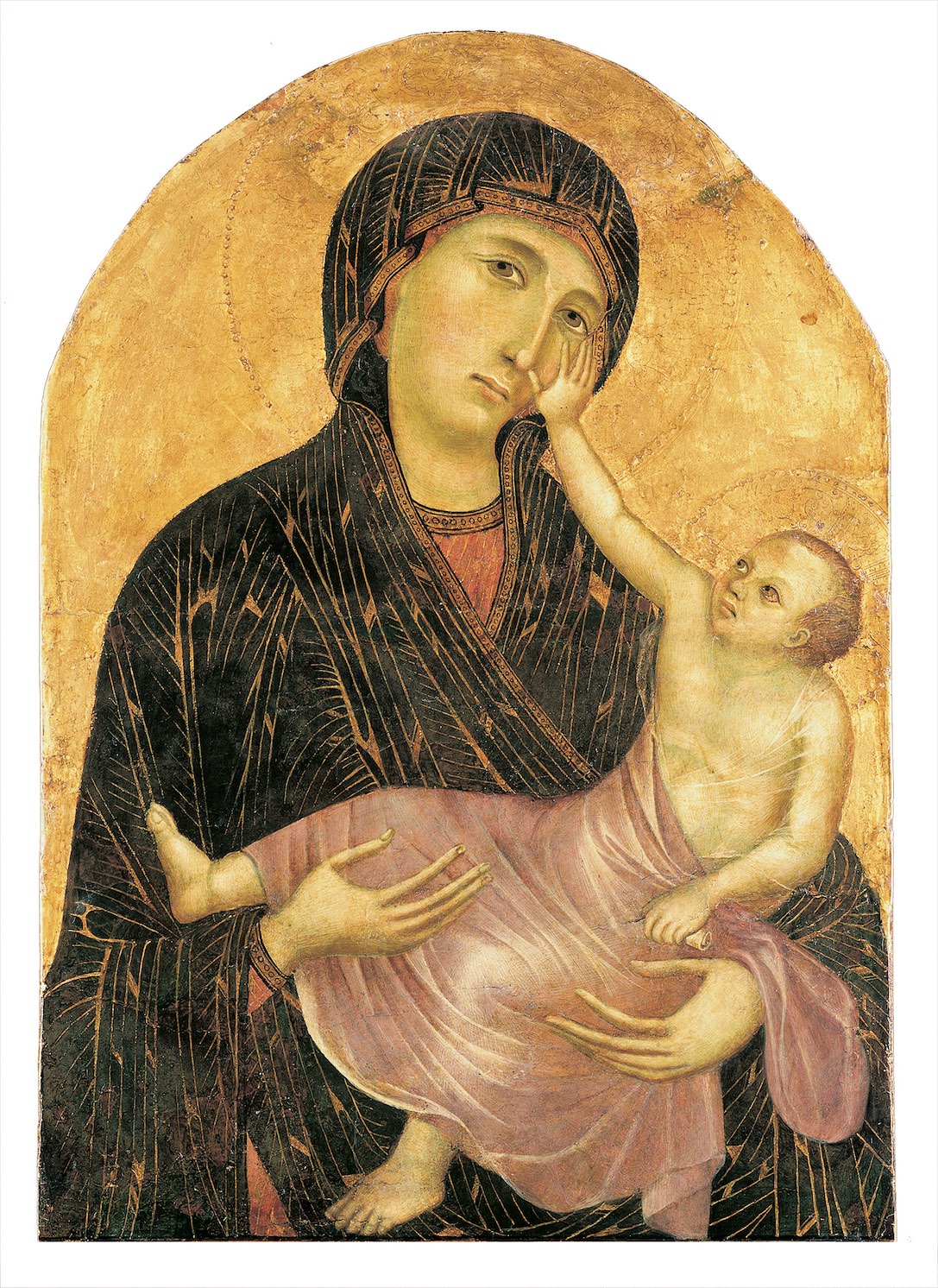 Madonna and Child Cimabue and Giotto

Last decade of the 12th century

This panel is definitely one of the masterpieces of the Valdelsa. The work is attributed to Cenni di Pepo, more popularly known as Cimabue, who was Giotto's great master, and also of Giotto himself, who was, at the time still a pupil in Cimabue's workshop. Between the end of the 13th century and the beginning of the 14th the very rigid byzantine style was being abandoned in favour of a more realistic and humanized rendering of sacred figures. This piece demonstrates elements from both the old tradition and the new approach. The lively expression of baby Jesus and the transparency of the fabric in which he is wrapped, revealing his body underneath, hint at a new style that Giotto would later develop to the highest of levels.